Geoffrey Craig’s fiction, poetry and drama have appeared in various literary journals. He has had four books - three novels and a short story collection - published. His most recently published novel, “Shakespeare’s Younger Sister”, recounts the adventures,  passionate love affairs with both sexes and brilliant - if unexpected - career of Shakespeare’s fictional sister, Constance. None of Geoffrey's work is self-published. Three of his full-length plays and ten of his one-acts have been produced. He has directed productions of eight of his plays. He had a career in finance before turning to writing. He has a BA from Colgate, an MBA from Harvard and a MA in History from Santa Clara. He has received two Pushcart nominations.

"After a long career in finance, I turned to writing as a second career. It has been extremely rewarding and all kinds of fun. In my writing, I try to focus on captivating stories; engaging, true-to-life characters and issues relevant to the world we all inhabit. I hope that I have achieved all three of these goals." 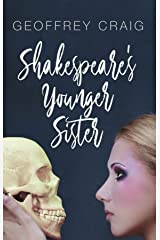 "Essentially, Mr. Craig presents an unvarnished snapshot of Elizabethan England, warts and all. From the sewerage in the streets to the crowded markets to the squalor of plague riven 16th century London, he captures it all in well-researched detail.

Then against such harsh reality, he introduces Constance, Shakespeare’s imaginary younger sister." 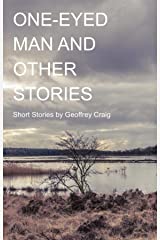 "From immigration in the Trump era, to the War on Drugs, to the Depression and industrialization, with a hint of Morocco thrown in at the end, One-Eyed Man paints American masterpieces with pithy prose." 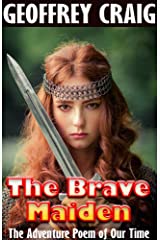 "This novel is unique - what I’d consider a tour de force - a story in rhyme, originally written by Geoffrey Craig for his then young teenage daughter, Danielle." 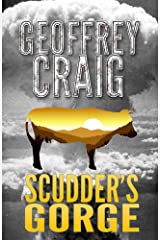 "Totally engrossing as you follow these few families through time. The author makes you feel as if you are there... on the land, in the woods... with his intimate descriptions of the landscape the characters interact with or move through.

The surprise ending is a wonderful modern take on our sometimes shameful history. Totally recommended."

In "One-Eyed Man and Other Stories", Craig reveals a common humanity writing as an “other” unlike his characters.

Notions of justice, home, forgiveness get turned on their heads as thoughtful characters grapple with these themes.  Once mayor of a Hudson River Valley town, a Mexican immigrant loses popularity fighting to give other immigrants the chance no one gave him.  A black drug dealer is more at home around rich white folks than his hooker sister – until she proves herself above her line of work. Can a black farmer forgive a hospital for failing to treat his snake-bit son because of his skin color?  These stories ask more questions than they answer. The entertainment is in the probing unexpected twists and turns.